Our law firm will defend your rights whether you are the victim of an assault or have been accused criminally.

In the legal world, the laws related to assault are very complicated because there are many different variations of the crime. An assault lawyer is the best person to talk to, to fully understand the nature of these crimes. An experienced criminal lawyer is absolutely the best person to speak to if you are in any way unsure if you have been the victim of an assault or are currently accused of an assault.

If you have been accused…

Given the range of crimes that fall into this category, it’s incumbent on everyone who gets accused or charged to fully understand which law or laws they have violated. That will provide them with the basis for making good decisions about finding the right lawyer and preparing the right defense.

You need to remember that just because you have been accused or charged doesn’t mean you are guilty. You will get you day in court. For now, you should take a look at the general definitions we have provided you in the sections below.

If you are a victim…

Please be aware that as of July 22nd, 2015 the Canadian Victims Bill of Rights went into effect. This law now officially protects the rights of all victims of a crime in Canada.

We encourage you to read the details of the link above if you feel you have been the victim of such a crime or to contact our law firm so that we may schedule an appointment for you so that you can better deal with your situation from a legal standpoint.

What is an assault? 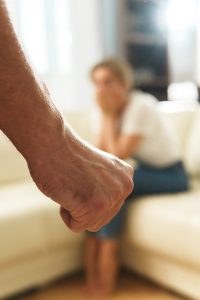 As defined by Canadian law, an assault is the act of attacking another person without provocation, without their consent, and with the intent to do harm. All forms of this are classified as criminal offenses that can range from felony status to a misdemeanour. There is a wide range of legal punishments that can be levied upon someone who is convicted of any such crime.

It is worth noting that a person can be charged with this crime simply by making a threat of bodily harm to another person. The law does not always require that force be applied necessarily in order to be considered an assault on another person or persons.

It’s also worth noting that intent is especially important when assessing any charges that are made. If someone is accidentally harmed by another person’s force, that does not necessarily qualify as assault. It might violate other statutes, but none of the statutes mentioned on this page.

What are the different types of forms of assault?

As stated above, assault can be a complicated legal issue to deal with because it can take on multiple variations. Each variation is judged by intent, the severity of the crime, and the extent of the injuries that the victim incurred. Depending on those factors, a conviction can result in fines, prison time, and or restitution to the victim.

Below is a list of the different types of assault that our law firm offers legal services for:

This usually involves the attempt to apply or the application of force to another person or person’s body without their consent. This can include striking them, physically restricting their movement (grabbing and holding), pushing or shoving them, the display of physical threatening gestures, or the use of verbal threats.

If an assault is charged based on simple threats, the victim has to make such charges based on their belief they were in fact in danger of harm.

When a weapon is involved

Escalating to another level is when there is a weapon involved. As stated above, since a threat can technically qualify, so then will the simple brandishing of any form of weapon in a threatening manner, result too in a charge. However, this charge would be labeled assault with a weapon.

The definition of a weapon is not restricted to only a gun or knife. By definition, a weapon is an object that can cause bodily harm to a person or persons if applied by force. As a rather extreme example, throwing a cell phone or bottle of beer at another person could result in a weapon assault charge. Somewhat similarly, ordering a pet to attack someone would be classified in this category as well.

When injury has been caused

Whether charged as a result of physical contact or the use of a weapon, the occurrence of an injury makes it an assault with injury. This constitutes a more serious crime because of the direct harm perpetrated on the victim. By definition, an injury would be harm that causes problems with the victim’s physical, emotional, or psychological well-being. Yes, psychological injuries could be charged in this category as well.

In this category, the injuries would generally be considered minor to moderate in nature.

If a significant injury to the victim is caused, the charges could escalate to aggravated assault. By definition, injuries in this category would include severe wounds, maiming, disfiguring injuries, or injuries that endanger the future health and well-being of the victim.

This is one category where the punishment is set based on the extent of the crime. More severe injuries to the victim will usually result in larger fines and oftentimes prison sentences.

Assault against a law enforcement officer

All law enforcement officers are protected while carrying out their duties. Any of the acts mentioned above against someone in law enforcement would be considered a very serious criminal offense and in turn can carry an exceptionally high prison sentence. If an officer is injured while the perpetrator is resisting arrest, the accused could end up with a 10+ year prison sentence.

A law enforcement officer is defined as any person who is designated to help keep the peace. That would include security guards, police officers, federal agents, prison guards, and court bailiffs.

Any form of assault that is perpetrated against a family member, love partner, or spouse would, in most circumstances would be classified as domestic assault. If a weapon is involved in the crime, that would be noted as an extenuating circumstance while charges could still be made in this category.

If you have been arrested and charged with any form of the above, you could be facing very serious legal consequences. For the protection of your rights and the best chance to clear any charges against you, you will likely need to hire the best assault lawyer you can afford.

At our law firm, we employ some of the best assault lawyers in Montreal. Consider the following, before you discuss your case with anyone in law enforcement, we highly recommend you consult with an attorney with experience with these matters before you do so.

If however you have been the recipient or the victim of any of the above, then, it will be upon you to prove this. By contacting a lawyer with experience with these types of matters, you will not have to defend yourself alone. Cabinet Gelber Liverman has many years of experience dealing with people that have been victims of assault. It is our opinion that nobody that has in fact been a victim deserves to not have their rights legally defended.

If you are the victim of any of the above, the right decision for you will be to talk to a lawyer. Our lawyers collectively have many years of experience in dealing with this matter. We will always listen to your situation and guide you on how to legally best defend all of your rights. Do not be a victim, call today.

Our law office is conveniently located in Pointe-Claire, in the West-Island of Montreal. There is ample parking and access by public transportation is readily available. Should you prefer, we also offer the ability to do video conferencing to go over your situation.

Call now to speak with a lawyer

You will not have to go through the stress of going to court, we will for you!

Reviews we have received